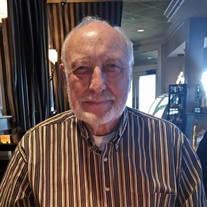 Boynton (Bud) Leonard Nissen, 93, of Wright City, Missouri, passed away on Tuesday, March 29, 2022, at his residence in Wright City, Missouri. He was born on January 23, 1929 in Milwaukee, Wisconsin, the son of the late Boynton Peter and Ida Katherine (Thiery) Nissen. Bud graduated from Bayview Highschool in 1947 and continued his education in Engineering in Gunnison, Colorado. He served his country in the United States Air Force as a drill instructor at Lackland AF Base from January of 1951 until he was honorably discharged in September of 1951. He continued his civilian career and worked as a Sales and Service Engineer with Milwaukee Crane and Service Company, and later owned and operated a hardware store in Park Falls, WI. Bud was an outdoor enthusiast, he owned and piloted several of his own private aircraft and enjoyed the time he spent at his cabin in Winter, WI. He was also Master Mason and a Shriner. Bud enjoyed sharing his experiences about airplanes, hunting and shipwrecks; he truly loved conversing with people. Bud was very well respected and loved by his children, who in their adult years grew to appreciate Bud’s “tough love,” which we know is the absolute best love a parent could bestow. Later in Bud’s life he enjoyed being active in church and spending time at the Warren County Senior Center. Bud is survived by two sons and one daughter: Boynton Todd Nissen and wife Denise of Green Bay, WI, Mark Edward Nissen and wife Mary Ulrich of Milwaukee, WI and Lisa (Nissen) Staugaard and husband Bob of Kona, HI; nieces, nephews, cousins and friends. He was preceded in death by his parents, Boynton Peter and Ida Kathryn Nissen and one brother, Jack Nissen. Services will be held at a later date. Expressions of sympathy may be made to The Family of Boynton Leonard Nissen in care of Kemper-Keim Family Funeral Chapel P.O. Box 222 Troy, MO 63379. Arrangements are under the direction of Kemper-Keim Family Funeral Chapel; 351 Monroe Street, Troy, Missouri 63379. Online condolences may be made at www.kemperkeimfamilyfuneralchapel.com Phone 636-528-8221

Boynton (Bud) Leonard Nissen, 93, of Wright City, Missouri, passed away on Tuesday, March 29, 2022, at his residence in Wright City, Missouri. He was born on January 23, 1929 in Milwaukee, Wisconsin, the son of the late Boynton Peter and Ida... View Obituary & Service Information

The family of Boynton (Bud) Leonard Nissen created this Life Tributes page to make it easy to share your memories.

Send flowers to the Nissen family.