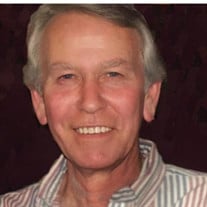 Brian Steven “Steve” Allen, 71, of Troy, Missouri, passed away peacefully in his home on October 21, 2018 in Troy, Missouri. He was born on May 8, 1947 in Hawk Point, Missouri, son of the late George Young and Dorothy Florence (Burgess) Allen. He was united in marriage to Alice Elaine Teasley Allen on May 1, 1966. To this union, three children were born. Steve graduated from Troy Buchanan High School in 1965. He began working at Binkley’s in Warrenton as a summer job while in high school and continued until he began Molar Barber College in St. Louis. He obtained his barber’s license and began cutting hair in the St. Charles area. He took a part time custodial position in 1971 which eventually became full time, all the while, pursing a college education. He graduated with a Bachelor’s degree in 1993. He retired from Troy R-III School District in 1999 as the Custodial/Maintenance Supervisor. Steve was not one to slow down, so he took on jobs as a Security Guard at the Wentzville GM Plant and delivered newspapers for the Lincoln County Journal (for 10 years). The newspaper route strengthened the family’s bonds as they would gather every Saturday to roll papers, joke, share stories about their week and enjoy a homemade lunch prepared by Elaine. It wasn’t always convenient, but no one wanted to miss because that was when everyone caught up on the week’s events. Steve’s work ethic was second to none and that was something that he instilled in his girls and grandsons. He had so many interests. He was an avid collector and enjoyed going to flea markets, antique shops and auctions. He loved to read and study history and politics. He read the St. Louis Post Dispatch every day from start to finish and read book after book. He had a thirst for knowledge about EVERYTHING. His library only included non-fiction as that was what struck him as interesting. He had great pride in the upkeep of his home, from yard work to detailed painting. He was so generous and willing to give of his time to anyone for anything. Especially in his later years, he treasured his talks and time with his daughters and trips to Branson with Elaine. He could always make some type of joke to lighten a conversation (not always appropriate, but light-hearted, none the less). His shitzu, Ching, was a huge source of joy for him and was by his side until the end. Steve was a loving husband to Elaine Allen, generous father to 3 daughters, Tracy Allen, St. Charles, Missouri, Nicole Hardey and husband, John (Toby) Hardey , Troy, Missouri and Kristen Cottle and husband, John Cottle, Troy, Missouri; work-ethic role model and comedian to grandsons, Kellon McCardie, Jace Cottle, Jacob Cottle and Thorne Allen. He has a sister, Barbara Smith, Hawk Point, Missouri; sister-in-law, Lois Ann Powell, Findlay, Ohio; niece, nephews and friends. He was preceded in death by his parents and grandson, William (Billy) Cottle. Friends will be received from 4:00 p.m. to 8:00 p.m. on Wednesday, October 24, 2018 at KEMPER-MILLARD-KEIM Family Funeral Chapel, located at 351 Monroe Street Troy, MO 63379. Funeral service will be held at 11:00 a.m. on Thursday, October 25, 2018 at the Troy Chapel. Interment will be held at the Troy City Cemetery. Expressions of sympathy may be made to the St. Stephen United Methodist Church or American Heart Association in care of KEMPER-MILLARD-KEIM Family Funeral Chapel, P.O. Box 222 Troy, MO 63379. Arrangements are under the direction of KEMPER-MILLARD-KEIM Family Funeral Chapel; 351 Monroe Street Troy, MO 63379. Online condolences may be made at www.kempermillardkeimfamilyfuneralchapel.com Phone 636-528-8221

The family of Brian "Steve" Allen created this Life Tributes page to make it easy to share your memories.