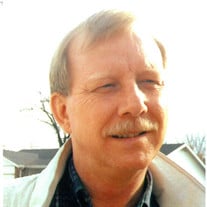 Carl Lee Sharp was called home surrounded by those he loved at his residence in Troy, Missouri, on Wednesday, October 25, 2017 at the age of 74. He was born on March 28, 1943 in Lee, Kentucky, a son of the late Ernest and Julia (Childers) Sharp. Carl was the sixth born out of nine children. It was in Kentucky where he met the woman he was going to spend the rest of his life with, Brenda Sue Hill. It all started with a dance and the rest is history. They were united in marriage on November 27, 1965 at a church in Kentucky and they shared three children: John, Tammy and Gretta. He was educated through the Newport, Kentucky school system and graduated in 1961 from Newport High School. After graduation he continued his education at University of Cincinnati. He was a man with a hard work ethic and knew what it took to make the most of life. Carl started his lifelong adventure with MasterCard as one of their first employees in 1972 and he then became a consultant for MasterCard in 1998. Carl was considered the father of their network reach. He was the first engineer who resided outside of the United States, he always thought about how to best capture the international business and how to leverage the amazing technology in that quest. Because of Carl, MasterCard now connects to 210 countries and territories, 40 million merchants, 2 billion consumers, and tens of thousands of financial institutions. The only place the network hasn't gone is Mars. Often we speak about how much we are enjoying the fruits of labor from the hard work of those that came before us. When we speak to that we say we are standing on the shoulders of giants. Carl and his brilliance was the tallest of those giants that have made MasterCard the amazing technology company that it is. Carl’s family was his all, he would do anything he could to spend time with his wife, children, grandchildren and great-grandchildren. He is survived by his loving wife of 51 years, Brenda Sue Sharp of Troy; two daughters: Gretta Frigillana and husband Brett of Troy, MO and Tammy Sue Dorsam and husband Bill of Arnold, MO; one sister: Hilda Sharp; six grandchildren: Jamie Donnelly, John Cato, Nick Frigillana, Kyle Frigillana, Jessica Frigillana and Ryan Coffman; five spoiled great-grandchildren: Madison, Marissa, Bentley, Bryce and Blayne; nieces, nephews, cousins and many friends. He was preceded in death by his parents, one son, John Richard Webb in 1983 and siblings: Martha, Frank, Terry, Edna, Charlie, Louise and Ernest. As per Carl’s wishes a social gathering to celebrate Carl’s life will be held from 3:00 p.m. to 7:00 p.m. on Saturday, November 18, 2017 at Ethyl’s Smokehouse located at 8505 Veterans Memorial Pkwy, O’Fallon, MO 63366, where many stories will be shared. Expressions of sympathy may be made to the Lewy Body Dementia Association, Parkinson’s Foundation or Loving Hands Hospice, in care of Kemper-Millard-Keim Family Funeral Chapel, P.O. Box 222 Troy, MO 63379. Arrangements are under the direction of KEMPER-MILLARD-KEIM Family Funeral Chapel; 351 Monroe Street Troy, MO 63379. Online condolences may be made at www.kempermillardkeimfamilyfuneralchapel.com Phone 636-528-8221

Carl Lee Sharp was called home surrounded by those he loved at his residence in Troy, Missouri, on Wednesday, October 25, 2017 at the age of 74. He was born on March 28, 1943 in Lee, Kentucky, a son of the late Ernest and Julia (Childers) Sharp.... View Obituary & Service Information

The family of Carl Lee Sharp created this Life Tributes page to make it easy to share your memories.

Carl Lee Sharp was called home surrounded by those he loved at...

Send flowers to the Sharp family.