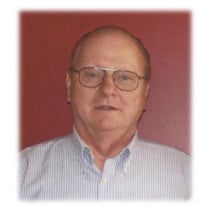 Charles Dale Baker, 75, of Troy, Missouri, passed away on Thursday, November 10, 2016 at Mercy Hospital in St. Louis, Missouri. He was born on January 2, 1941 in Pontiac, Michigan and was the son of the late Charles Lloyd and Fern Viola (Ragsdale) Baker. He was united in marriage to Betty Lee Hoffman and she preceded him in death on October 28, 2016. Charles was a Machinist for many years and retired in 2013 from Allied Health Care as a Tool and Die Maker. He is survived by his one son, Charles L. Baker and wife Melissa of Troy, MO; three daughters: Cheryle L. Baker of Belleville, IL, Vickie Sheehan and husband Joseph of Flint, TX and Christine Baker and significant other Anthony Mims of High Ridge, MO; one sister, Sandy Schmitt and husband Bob of IL; nine grandchildren: Matthew Baker, Shannon Peters, Shelly Peters, Anthony Mims, Travis Mims, Amber Mims, Bobby Godina, Angie Godina and Eric Godina; seventeen great-grandchildren and numerous relatives. He was preceded in death by his parents, his wife and one brother. Services will be held private. As per Charles’s request that expressions of sympathy may be made to a close friend, Ellie Kowalski. Little Miss Ellie is one strong ten year old, that is currently battling brain cancer. The donations made in loving memory of Charles will help Ellie and her family during one of their most difficult times. Donations will allow Ellie's mom Carrie, to be with her daughter during every radiation, chemo, and hospital visit during the upcoming year. To donate in memory of Charles Dale Baker or you may mail to: Kemper-Millard-Keim Family Funeral Chapel, P.O. Box 222 Troy, MO 63379 or click on the link list below: https://www.crowdrise.com/ellen-kowalskis-battle-with-brain-cancer?utm_donation=4d455757f51c84a5a596d71319301&utm_platform=fb&ut m_device=desktop&utm_source=donate-cr Arrangements are under the direction of Kemper-Millard-Keim Family Funeral Chapel; 351 Monroe Street, Troy, Missouri 63379. Online condolences may be made at www.kempermillardkeimfamilyfuneralchapel.com Phone 636-528-822.

Charles Dale Baker, 75, of Troy, Missouri, passed away on Thursday, November 10, 2016 at Mercy Hospital in St. Louis, Missouri. He was born on January 2, 1941 in Pontiac, Michigan and was the son of the late Charles Lloyd and Fern Viola (Ragsdale)... View Obituary & Service Information

The family of Charles Dale Baker created this Life Tributes page to make it easy to share your memories.

Charles Dale Baker, 75, of Troy, Missouri, passed away on Thursday,...

Send flowers to the Baker family.