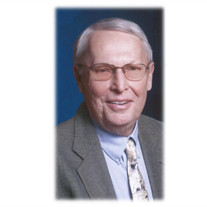 Charles H. “Pheeze” Kemper, Jr., 78, of Troy, Missouri, was called home with the Lord surrounded by his family on Sunday, March 26, 2017. He was born on December 22, 1938 at Deaconess Hospital in St. Louis, Missouri and was the son of Charles H. Kemper, Sr. and Anna D’Arline (Watts) Kemper. With deep roots in Lincoln County, Pheeze graduated from Buchanan High School in 1957 and continued his education at Central Methodist College, earning a Bachelor of Arts degree in 1961. He did graduate studies at the University of Missouri in Columbia and the University of Arizona. Beginning his teaching career with the Fourth Grade at Hawk Point Elementary School in 1963, Pheeze then transferred to Claude Brown Elementary School in 1964. He was the manager of Kemper Lumber in Troy, Missouri, formerly known as Kemper Lumber and Undertaking. He took over the reins 1969 at the death of his father. The business was sold in 1978. The City of Troy was blessed to have Pheeze serve as mayor for 24 years until his retirement on April 6, 2010. He took great pride in all aspects of being mayor but there were a few achievements that he held dear to his heart, namely the booming business growth and the expansion of recreational parks within the city limits of Troy. During this time, he also served on the Boonslick Regional Planning Commission and as its chairman. Pheeze loved his faith, family and his town. His actions spoke louder than words and for Pheeze that said a lot. He was dedicated to his community serving on numerous committees and boards and valued the friendships he gained along the way. Pheeze served on the Board of Directors for the Lincoln County Ambulance District from 1974 to 1977. He gave 22 years of dedicated, loyal and devoted service to the Missouri-Arkansas District of Kiwanis International, serving as the District Governor for the 1978-1979 Kiwanis Year, District Secretary from 1983 to 2004, and was honored as Troy’s Kiwanian of the Year 2004 – 2005. Pheeze served on the Lincoln County Fair Board as treasurer and was very active with the 4-H and FFA programs. He was a member of the Missouri Public Entity Risk Management Board of Trustees from 2004 to 2009 and was recognized for his outstanding service there. The Troy Area Chamber of Commerce named him Man of the Year in 1993 and Friend of the Chamber in 2010. He was one of the first members of the community to be honored by the Troy Britton House Board at their Annual Roast, and was a major supporter of this historical site. During his time of service with the Mid America Center for Ministry, he served on the board of the Missouri School of Religion from 2007 to 2012. He also served on Executive Committee in the role of Secretary to the Board of Trustees. Pheeze was one of the founding fathers for the Lincoln County MO Habitat for Humanity, something he took great pride in. He was a hard working team member since the inception of the Lincoln County Resource Board and championed the “Put Kids First” campaign in Lincoln County. Pheeze was very knowledgeable regarding Troy history and enjoyed sharing and reminiscing about the “good ole days.” He also enjoyed a wide collection of antique model funeral coaches. He loved every moment he shared with his family, spending time at the sheep shows and supporting his grandchildren through their church and school activities as well as 4-H and F.F.A. He is survived by his loving wife of 51 years, Mary Anne (Smith) Kemper of Troy; one daughter, Caroline Nann Green and husband Brad of Hawk Point; one son, Timothy Watts Kemper and wife Mende (Staten) of Hawk Point; four beautiful grandchildren: James Green, Cari Green, Ava Kemper and Addison Kemper; brothers-in-law and sisters-in-law: W. Parks Smith (Barb Weber) of St. Louis, Caroline Pohlman (Larry) of Springfield and Martha Bland (Michael) of St. Louis; nieces and nephews: Stephanie Smith, Aaron Smith (Kelli Harsh), Sarah Souza (David), Maggie Bland (Chris O’Connor), Katie Bland, Gretchen Pohlman and Gregory Pohlman; cousins: Michael Kemper Riess of Harrisburg, PA, Robbyn Morris of Louisiana, MO and Richard Ringhausen of Arkansas; his cat, Wrangler and many, many friends. He was preceded in death by his parents and grandparents. Friends will be received from 2:00 p.m. to 8:00 p.m. on Saturday, April 1, 2017 at KEMPER-MILLARD-KEIM Family Funeral Chapel located at 351 Monroe Street Troy, MO 63379. A celebration of life will be held at 3:00 p.m. on Sunday, April 2, 2017 at the KEMPER-MILLARD-KEIM Family Funeral Chapel in Troy, Missouri. In lieu of flowers expressions of sympathy may be made to the Lincoln County, Missouri, Habitat for Humanity or Zion United Church of Christ in Troy, Missouri, in care of KEMPER-MILLARD-KEIM Family Funeral Chapel, P.O. Box 222 Troy, MO 63379. Arrangements are under the direction of KEMPER-MILLARD-KEIM Family Funeral Chapel; 351 Monroe Street Troy, MO 63379. Online condolences may be made at www.kempermillardkeimfamilyfuneralchapel.com Phone 636-528-8221

The family of Charles H. "Pheeze" Kemper Jr. created this Life Tributes page to make it easy to share your memories.

Send flowers to the Kemper family.