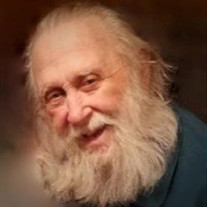 Charles “Tinker” Witt, 84, of Hawk Point, Missouri, passed away on Tuesday, February 2, 2021 at SSM St. Joseph Hospital West in Lake Saint Louis, Missouri. He was born on December 27, 1936 in Annada, Missouri, the son of the late Pete and Rose Mae (Kerpash) Witt. Charles was united in marriage to Catherine Dawn Villone and she preceded him in death and he later married Mary Ruth Moser on May 1, 1991 and she preceded him in death on August 23, 2014. Tinker attended Hawk Point grade school and attended Buchanan High. He served his country in the United States Marine Corp during the Korean War and Vietnam War and was honorably discharged in 1973. Tinker retired after 30 years of faithful service to his country. He later worked various jobs across the United States and most recently at Bodine as a heavy equipment operator. Tinker took pride in helping Santa for many years and spreading holiday cheer to many kids. He served as former commander for the Hawk Point VFW Post #7560 and volunteered his time for many years. Tinker enjoyed fishing and collecting Marine Memorabilia. He didn’t know a stranger and if you were one, it did not take long for you to become a lifetime friend. Tinker had some of the best stories and had a laugh that you would not forget. He is survived by his two brothers and one sister: Jack Witt and wife JoAnn of O’Fallon, MO, Sissy Tuepker of Hawk Point, MO and Dink Witt of Hob Sound, FL; bonus children: Steve Lindsey and wife Kathy of Troy, MO, Tom Lindsey of Troy, MO and Ronnie Lindsey and wife Georgia of Troy, MO; numerous grandchildren and great-grandchildren, nieces, nephews, cousins and many, many friends. He was preceded in death by his parents, his wives: Catherine Dawn Villone and Mary Ruth Witt, one daughter, Rosie Trowbridge, one sister, Peggy Overkamp. Family and friends will be received from 1:00 p.m. to 3:00 p.m. on Saturday, February 13, 2021 at KEMPER- KEIM Family Funeral Chapel located at 41 Farm Lane Hawk Point, MO 63349. Funeral service will be held at 3:00 p.m. Saturday, February 13, 2021 at the Hawk Point Chapel. Expressions of sympathy may be made to Veterans Coffee Talk in care of Kemper- Keim Family Funeral Chapel P.O. Box 222 Troy, MO 63379. Arrangements are under the direction of Kemper- Keim Family Funeral Chapel; 41 Farm Lane Hawk Point, MO 63349. Online condolences may be made at www.kemperkeimfamilyfuneralchapel.com Phone 636-338-4375

The family of Charles "Tinker" Witt created this Life Tributes page to make it easy to share your memories.