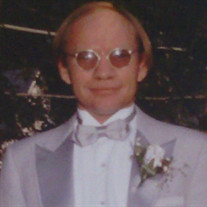 Daniel E. “Guy” Kelly, 61, of Foley, Missouri, passed away Saturday, August 9, 2014, at Troy Manor. He was born April 14, 1953, in St. Louis, Missouri, a son of James and Hazel (Merrill) Kelly. On May 31, 1986, Guy was united in marriage in St. Louis, to Virginia Bradley, who survives at their home. Guy was a truck driver for Swift Trucking. He was a veteran of the United States Marines. Guy enjoyed fishing and watching football. He was an avid St. Louis Cardinal fan. Most of all, he loved to spend time with his family and friends. Along with his wife Virginia, Guy is also survived by his son: Sean Kelly of Foley, MO; his mother: Hazel Walls of Wright City, MO; two brothers: Jerry Kelly (wife Jeanette) of Spokane, WA; Billy Burnett of Bland, MO; two sisters: Christine Burnett of Bland, MO; Katie Wilkerson of Wright City, MO; and numerous aunts, uncles, nieces, nephews and friends. He was preceded in death by his father: James Kelly; and his step-father: Bill Burnett. Friends will be received from 10:00 a.m. to 2:00 p.m. on Wednesday, August 13, 2014, at KEMPER-MILLARD-KEIM Family Funeral Home / Troy Chapel. Funeral services will be held at 2:00 p.m. on Wednesday, August 13, 2014, at the funeral home. Expressions of sympathy may be made to the American Cancer Society. In care of Kemper-Millard-Keim Family Funeral Chapel P.O. 222, Troy, MO 63379. Online condolences may be made at www.millardfamilychapels.com Ph.(636) 528-8221

The family of Daniel "Guy" E. Kelly created this Life Tributes page to make it easy to share your memories.

Send flowers to the Kelly family.