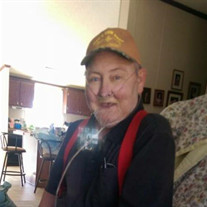 Danny “Dan” Wayne Clark, 60, of Hawk Point, Missouri, passed away on Monday, April 13, 2015 at his residence. He was born on July 1, 1954 in St. Louis to Clyde R. and Bernice J. (Brimager) Clark. Dan was united in marriage to Susan “Sue” Harbord on July 23, 2005 in St. Charles, Missouri. Dan graduated from St. Charles High School in 1973, he entered the Air Force and retired after 20 years of dedication to his country. After his retirement he found a new passion in life as a craftsman and cabinetry work. He enjoyed woodworking, collecting glassware, stamps, books, coins and guns. Over the years Dan enjoyed buying and trading guns and collecting thousands of books. He is survived by his loving wife, Sue Clark of Hawk Point; two daughters, Jill Brown and husband, Chris of Blue Springs, MO and Kathryn “Katie” Ley of O’Fallon, IL; two brothers, Tim Clark and wife, Terre of Texas and Jim Clark; three granddaughters, August and Anita Ley and Allison Brown and numerous relatives. He was preceded in death by his parents, Clyde and Bernice Clark. Friends will be received from 11:00 a.m. to 12:00 p.m. on Saturday, April 18, 2015 at KEMPER-MILLARD-KEIM Family Funeral Home/ Troy Chapel. Funeral service will be held at 12:00 p.m. at the Chapel with full military honors. Expressions of sympathy may be made to the Wounded Warriors Project, in care of Kemper-Millard-Keim Family Funeral Chapel; P.O. Box 222, Troy, MO 63379. Online condolences may be made at www.kempermillardkeimfamilychapels.com Ph.(636) 528-8221

The family of Danny "Dan" Clark created this Life Tributes page to make it easy to share your memories.

Send flowers to the Clark family.