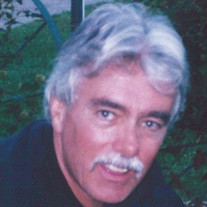 David O. Hutton, 64, of Troy, MO passed away on Wednesday, August 12, 2015 at Delmar Gardens in O’Fallon, MO. He was born January 8, 1951 in Louisiana, MO the son of Emmit and Doris (Treese) Hutton. On October 14, 1972 in Troy, MO he was united in marriage to Lois Jeanine West and to this union two children, Megan Jeanine and John David, were born. David grew up in Moscow Mills, MO and attended school in the Troy School district until his graduation. Following graduation, he attended ITT Tech where he received an Associate’s Degree in Architecture. He was employed by Landmark Survey in Wentzville, MO until 1997. At that time he obtained employment with Cuivre River Electric Cooperative as a Right of Way Specialist and remained with CREC until his retirement in 2008. David was an avid hunter and a member of Quail Unlimited. David enjoyed watching Drag Racing and was an avid St. Louis Cardinals fan and seldom missed watching a game on TV. One of his passions was being on the road, riding his Harley Davidson Motorcycle. As his children said, “Baseball, guns and bikes were his life”. All these activities were important to him, but there was nothing he enjoyed more than his children: Megan Hutton and John Hutton, both of Troy, MO; two sisters: Sharon (Richard) Woolfolk of California and Alice Elaine Starczewski of Michigan; his grandchildren: Izabella and Douglas of Troy, MO; nieces, nephews, numerous relatives and many friends. He was preceded in death by his parents, Emmit and Doris Hutton. Friends will be received from 3:00 p.m. to 7:00 p.m. on Saturday, August 15, 2015 at KEMPER-MILLARD-KEIM Family Funeral Home/Troy Chapel. Funeral services will be held at 3:00 p.m. on Sunday, August 16, 2015 at KEMPER-MILLARD-KEIM Funeral Family Funeral Home/Troy Chapel. Interment will be held in Troy City Cemetery. Expressions of sympathy may be made to the American Cancer Society, in care of Kemper-Millard-Keim Family Funeral Capel; P. O. Box 222, Troy MO. Online condolences may be made at www.kempermillardkeimfamilychapels.com Ph.(636) 528-8221

The family of David O Hutton created this Life Tributes page to make it easy to share your memories.

Send flowers to the Hutton family.