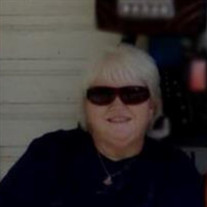 Dolores Philyow, 72, of Truxton, Missouri, passed away on Monday, January 3, 2022 in Progress West Hospital in O’Fallon, Missouri. She was born on December 14, 1949 in St. Louis, Missouri, a daughter of the late Joseph and Mary (Castulik) Schulenberg. She was united in marriage to Ronald Philyow on July 17, 1971 in St. Louis, Missouri and to this union one son and one daughter were born. He preceded her in death on June 18, 2006. Dolores graduated from Horton-Watkin High School in 1968. She retired from Earthworks Industry in Chesterfield, after several years of dedication. Dolores was recently working for Hwy 47 Trailer Sales as a bookkeeper. In her earlier years she liked going to dances with her husband. She enjoyed reading anything she could get her hands on and her animals. Dolores liked to look nice everywhere she would go and had an eye for bling. She was always up for going to dinner with her friends. Her smile and endless love will be missed. Dolores is survived by one son and one daughter: James Philyow of Brookville, FL and Rhonda Philyow of Truxton, MO; an additional daughter, Tamela Williams of Wright City, MO; four sisters and two brothers: Mary Schuelenberg, Betty Held (Carl), Donna Matlock (Neal), Carol Bunton, John Schulenberg and Michael Schulenberg; four grandchildren: Darek Philyow, Carly Philyow, Tiylar Beal and Gabriel Williams; one great-grandchild, Nellie L.; nieces, nephews, cousins and many friends. She was preceded in death by her parents, her husband, one sister, Rose McCracken and one daughter-in-law, Wendy Philyow. Family and friends will be received from 12:00 p.m. to 2:00 p.m. on Tuesday, January 11, 2022 at KEMPER-KEIM Family Funeral Chapel located at 41 Farm Lane Hawk Point, MO 63349. Funeral service will be held at 2:00 p.m. Tuesday, January 11, 2022 at the Hawk Point Chapel. Interment will be held at the Hawk Point City Cemetery in Hawk Point, MO. Expressions of sympathy may be made American Diabetes Association, Humane Society or Susan G. Komen Breast Cancer in care of Kemper-Keim Family Funeral Chapel P.O. Box 222 Troy, MO 63379. Arrangements are under the direction of Kemper-Keim Family Funeral Chapel; 41 Farm Lane Hawk Point, MO 63349. Online condolences may be made at www.kemperkeimfamilyfuneralchapel.com Phone 636-338-4375

Dolores Philyow, 72, of Truxton, Missouri, passed away on Monday, January 3, 2022 in Progress West Hospital in O&#8217;Fallon, Missouri. She was born on December 14, 1949 in St. Louis, Missouri, a daughter of the late Joseph and Mary (Castulik)... View Obituary & Service Information

The family of Dolores Philyow created this Life Tributes page to make it easy to share your memories.

Dolores Philyow, 72, of Truxton, Missouri, passed away on Monday,...

Send flowers to the Philyow family.