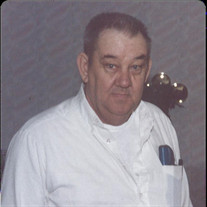 Elroy “Roy” S. Waechter, 80, of Troy, famously known as “Roy of Troy,” passed away on Monday, August 7, 2017 at St. Joseph Hospital West in Lake Saint Louis, Missouri. He was born on September 29, 1936 in Ethlyn, Missouri, a son of the late Frank and Leona (Mattie) Waechter. He met the love of his life Marleen Berlekamp and they were united in marriage on September 27, 1958 at the Frieden’s United Church of Christ in St. Charles, Missouri and to this union three sons and one daughter were born. Roy was a man of many traits, who started his business adventure at a very young age. Over the years he has owned a bicycle shop, a grocery store, a restaurant, a gas station, a jewelry store, a junk yard and was in the construction field. He finally found his passion in 1979 when he founded the first plumbing store in Troy, known as Troy Plumbing Supply. After several years had passed he moved the business down the street and then founded of Ro-Mar Supply, which is still actively run by his family. Roy was always so very busy trying to make a nickel but he still found the time to take his family fishing and visit the farms. He is survived by his loving wife of 58 years, Marleen Waechter of Troy; two sons: Shawn Waechter and wife Mandy of Troy, MO and Daniel “Danny” Waechter of Troy, MO; four grandchildren: Otto, Danny, Jr., Kaylie Lynn, Taylon; one sister-in-law: Margie Furlong of St. Charles; nieces, nephew, cousins and many friends. He was preceded in death by his mother, father, one daughter, Tammy Lynn Waechter and one infant son. Friends will be received from 4:00 p.m. to 8:00 p.m. on Thursday, August 10, 2017 at KEMPER-MILLARD-KEIM Family Funeral Chapel, located at 351 Monroe Street Troy, MO 63379. Funeral service will be held at 10:00 a.m. on Friday, August 11, 2017 at KEMPER-MILLARD-KEIM Family Funeral Chapel in Troy, Missouri. Interment will be held at the Frieden’s Cemetery in St. Charles, Missouri. Expressions of sympathy may be made to Lincoln County Sheriffs Department, D.A.R.E. Camp in care of Kemper-Millard-Keim Family Funeral Chapel, P.O. Box 222 Troy, MO 63379. Arrangements are under the direction of KEMPER-MILLARD-KEIM Family Funeral Chapel; 351 Monroe Street Troy, MO 63379. Online condolences may be made at www.kempermillardkeimfamilyfuneralchapel.com Phone 636-528-8221

The family of Elroy "Roy" S. Waechter created this Life Tributes page to make it easy to share your memories.

Send flowers to the Waechter family.