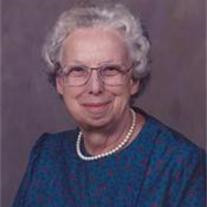 Emma “Bess” Elizabeth (Hutton) Achor, 90, of Troy, Missouri, passed away surrounded by her family on Monday, October 21, 2013 at her daughters residence. She was born on September 8, 1923 in Olney, Missouri, a daughter of the late Walter Clarence and Nancy (Kinion) Hutton. She was united in marriage to Benjamin Achor on February 22, 1941 in Troy, Missouri and he preceded her in death on April 20, 1993. Bess was a homemaker on the family farm in Briscoe for many years and then she later moved to Troy. She was a member of the First Christian Church for many years. Bess enjoyed crocheting, embroidery, piece quilts, reading anything she could get her hands on, gardening, and canning. She always welcomed everyone in to grab a plate and eat some of her amazing meals she prepared, her specialty was meatloaf and fried chicken. Bess was a giving, loving, amazing, mother, grandmother, great-grandmother and great-great-grandmother. She impacted many people’s lives and always found a way to brighten everyone’s day. Her grandchildren were her world and she will be deeply missed. Bess is survived by her two daughters, Grace M. Graddy of Troy, Missouri and Betty L. Skinner of Troy, Missouri; five grandchildren, Paula Mae, Toby, Cindy and Barbara; eleven great-grandchildren, Matt, Todd, Heather, Tyler, Whitney, Brittney, Richard, Timmy, Chris, Victoria and Travis; ten great-great-grandchildren, best friend of 60 plus years, Carrie Reed of Briscoe, Missouri; nieces, nephews and many friends. She was preceded in death by parents, her husband, three brothers, Bill, Cecil and Emmett Hutton; three sisters, Myrtle Geldner, Ethel Finley and Ruby Dryden; and one grandson, Dale Locklin. Friends will be received from 4:00 p.m. to 8:00 p.m. on Wednesday, October 23, 2013 at KEMPER-MARSH-MILLARD Family Funeral Home / Troy Chapel. Funeral services will be held at 1:00 p.m. on Thursday, October 24, 2013 at KEMPER-MARSH-MILLARD Family Funeral Home / Troy Chapel. Interment will be held in Old Alexandria Cemetery. Expressions of sympathy may be made to Lincoln County Relay for Life. Arrangements under the direction of Kemper-Marsh-Millard Family Funeral Chapel; P. O. Box 222, Troy MO. Online condolences may be made at www.kempermarshmillardfamilychapels.com Ph.(636) 528-8221

Emma “Bess” Elizabeth (Hutton) Achor, 90, of Troy, Missouri, passed away surrounded by her family on Monday, October 21, 2013 at her daughters residence. She was born on September 8, 1923 in Olney, Missouri, a daughter of the late Walter Clarence... View Obituary & Service Information

The family of Emma"Bess" Achor created this Life Tributes page to make it easy to share your memories.

Send flowers to the Achor family.