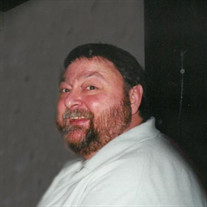 Eugene Franklin Kerker, Jr., 63, of Winfield, Missouri, passed away on Tuesday, June 22, 2021 at his residence in Winfield, Missouri. Eugene was born on June 27, 1957 in Peoria, Illinois, the son of the late Eugene and Carol Kerker. He was united in marriage to Karen Hopwood on May 28, 1977 at the First Baptist Church in Peoria, Illinois and to this union two sons were born. Eugene graduated high school and continued his education as a pipefitter where he completed his apprenticeship at Caterpillar in Peoria, IL. He retired after 33 years of dedication at General Motors Wentzville Assembly Center. Eugene was a member of the UAW Local 2250, Troy Masonic Lodge #34 AF&AM and National Rifle Association. In his earlier years he enjoyed golfing, small game hunting, shooting sporting clays, fishing and attending gun shows. Eugene adored his grandson and liked going on trail rides with him. His family was his world and enjoyed the memories he made with them. He is survived by his loving wife, Karen Kerker of Winfield, MO; two sons: Brandon Kerker of Winfield, MO and Brad Kerker of Troy, MO; one grandson, Blake Kerker of Troy, MO; siblings: Joseph Kerker of North Pekin, IL, Randy Kerker of Creve Coeur, IL and Vanessa Kern (Greg) of Mapleton, IL; one half-sister, Sandra; nieces, nephews, cousins and friends. He was preceded in death by his mother and father, Carol and Eugene. Family and friends will be received from 12:00 p.m. to 2:00 p.m. on Saturday, June 26, 2021 at KEMPER-KEIM Family Funeral Chapel located at 351 Monroe Street Troy, MO 63379. Celebration of life will be held at 2:00 p.m. on Saturday at the Troy Chapel. Expressions of sympathy may be made Troy Masonic Lodge #34 AF&AM in care of Kemper-Keim Family Funeral Chapel P.O. Box 222 Troy, MO 63379. Arrangements are under the direction of Kemper-Keim Family Funeral Chapel; 351 Monroe Street, Troy, Missouri 63379. Online condolences may be made at www.kemperkeimfamilyfuneralchapel.com Phone 636-528-8221

Eugene Franklin Kerker, Jr., 63, of Winfield, Missouri, passed away on Tuesday, June 22, 2021 at his residence in Winfield, Missouri. Eugene was born on June 27, 1957 in Peoria, Illinois, the son of the late Eugene and Carol Kerker. He was united... View Obituary & Service Information

The family of Eugene Franklin Kerker Jr. created this Life Tributes page to make it easy to share your memories.

Send flowers to the Kerker family.