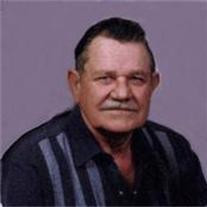 Floyd Howdeshell, 72, of Knox City, formerly of Troy, Missouri, passed away Thursday December 5, 2013 at University Hospital in Columbia, Missouri. He is the son of the late Hurley T. and Evelyn L. (Bell) Howdeshell and was born January 2, 1941 in Elsberry, Missouri. He was united in marriage to Janice “Jan” Hutton on May 7, 1966 in Troy, Missouri and to this union three children were born. Mr. Howdeshell entered the United States Marine Corps on February 19, 1958 in Oceanside, California and served his country in the Vietnam War. While stationed throughout the world, he earned several medals including two Purple Hearts, Republic of Vietnam Cross of Gallantry, National Defense Service Medal, Vietnam Service Medal, and the Good Conduct Medal. He was honorably discharged on June 2, 1972 in Washington D.C. Mr. Howdeshell later served in the Army National Guard and as a Deputy for the Lincoln County Sheriff’s Department. Mr. Howdeshell retired from GTE Telephone Company as a Customer Service Line Repairman in 2001 after 23 years of service. He was a member of the Communication Workers of American Union Local #6310. Mr. Howdeshell enjoyed going to auctions, maintaining his yard, and spending time with his grandchildren. He is survived by three children, Mark Howdeshell and wife, Jo of Fairbanks, Alaska, Tony Howdeshell and wife, Ann-Marie of Virginia Beach, Virginia and Linda Stukenberg and husband, Jason of Novelty, Missouri; three siblings, Clifford Howdeshell of Louisiana, Missouri, Delois “Deloris” McDonald of Louisiana, Missouri and Joyce Long and husband, Joe, of Old Monroe, Missouri; eight grandchildren, Ryan and Torie Howdeshell, Cameron and Ashley Howdeshell and Brendon Howdeshell, Aaliyah Stukenberg, JoLynn and LyndaJo Scott; nieces, nephews, cousins and many friends. He was preceded in death by his parents, his wife, Jan on April 21, 2012 and one brother-in-law, Charles “Chuck” McDonald. Friends will be received from 11:00 a.m. to 1:00 p.m. on Monday, December 9, 2013 at Kemper-Marsh-Millard Family Funeral Home/ Troy Chapel. Funeral Service will be held at 11:00 a.m. on Tuesday, December 10, 2013 at Kemper-Marsh-Millard Family Funeral Home/ Troy Chapel. Interment will be held at Jefferson Barracks National Cemetery with full military honors. In lieu of flowers expressions of sympathy may be made to the Wounded Warriors Project. (In Care of Kemper-Marsh-Millard Family Funeral Chapels, P.O. Box 222 Troy, MO 63379.) Online condolences may be made at www.kempermarshmillardfamilychapels.com ph. (636) 528-8221.

Floyd Howdeshell, 72, of Knox City, formerly of Troy, Missouri, passed away Thursday December 5, 2013 at University Hospital in Columbia, Missouri. He is the son of the late Hurley T. and Evelyn L. (Bell) Howdeshell and was born January 2, 1941... View Obituary & Service Information

The family of Floyd Howdeshell created this Life Tributes page to make it easy to share your memories.

Send flowers to the Howdeshell family.