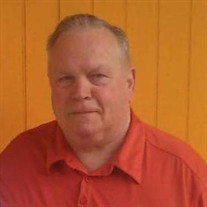 Gerald “Jerry” Wayne Hearn, 74, of Harlingen, Texas, he passed away on Tuesday, July 12, 2016 in San Angelo, TX. He was born on August 6, 1941 in Oregon City, Oregon and was the son of the late Lloyd Jeremiah and Clara Belle (Taylor) Hearn. He is survived by his three sons: Gary Hearn and wife Karina, Ronnie Hearn and Anthony Hearn; grandchildren: Krystal McCloud and husband Robert, Jennifer Serna and husband Eduardo, Heather Simpson and husband Bubba, Brian Nataren, Said Nataren and Cassandra Hearn; four great-grandchildren and other beloved family members: Edna Hearn, Ana Hearn and Genie Hearn. He was preceded in death by his parents, Lloyd and Clara Hearn, two brothers, James Hearn and Lloyd Hearn, Jr. and one son, Roger L. Hearn. Friends will be received from 10:00 a.m. to 2:00 p.m. on Saturday, July 16, 2016 at KEMPER-MILLARD-KEIM Family Funeral Chapel located at 351 Monroe Street Troy, MO 63379. Funeral service will be held at 2:00 p.m. at the Chapel. Interment will be held at the Auburn Cemetery in Silex, Missouri, with full military honors. Expressions of sympathy may be made to the Charity of the Donor’s Choice, in care of Kemper-Millard-Keim Family Funeral Chapel, P.O. Box 222 Troy, MO 63379. Online condolences may be made at www.kempermillardkeimfamilyfuneralchapel.com Phone 636-528-8221

The family of Gerald "Jerry" Wayne Hearn created this Life Tributes page to make it easy to share your memories.

Send flowers to the Hearn family.