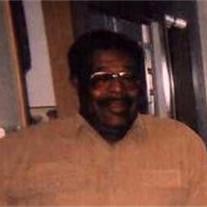 Herman Green, Jr., 72, of Troy passed away on Monday, January 9, 2012 at Lincoln County Medical Center in Troy, Missouri. He was born on May 15, 1939 in Yazoo, Mississippi a son of the late Herman Green, Sr. and Louise M. Steward-Green. He was united in marriage to Margaret Higgins, on August 22, 1959. Herman attended St. Charles High School. He was employed as an over road, truck driver for Dullen Harrell Lumber and then retired after 42 years from Kaplin Lumber. He was a member of the Union Local 682, Wesley United Methodist Church and the Methodist Men’s group. Herman was a man who would make you dizzy changing the channels on T.V. He enjoyed watching Terry Young, play ball and run track, playing BINGO, going to the horse races and the casino. Herman was a loving, caring person, who everyone loved and he didn’t know a stranger. He knew how to live life to its fullest and enjoy his family. He is survived by his loving wife of 52 years, Margaret “Maggie” Green of Troy, Missouri; one step daughter, Jo Young of Wentzville, Missouri; three brothers: Jessie Green and wife Renee of Troy, Missouri, George Green and wife Annie of Troy, Missouri and Ben Green of Bowling Green, Missouri; three sisters: Vera White and husband Louis of Troy, Missouri, Sandy Ray of Troy, Missouri and Annie Green of Bartlett, Tennessee; one sister-in-law, June Bradshaw of Troy, Missouri; several grandchildren, three special grandchildren, Tommy, Kim and Sherry, great-grandchildren, great-great grandchildren, nieces, nephews and many friends. He was preceded in death by his father Herman Green, Sr. in 1990, his mother, Mary Green in 2007, one son, Terry William Young in 2006, three brothers; Homer, Charlie and Oscar; four sisters: Florene, Margaret, Lillie and Mary. Friends will be received from 4:00 p.m. to 7:00 p.m. on Friday, January 13, 2012 at KEMPER-MARSH-MILLARD Funeral Home / Troy Chapel. Funeral services will be held at 1:00 p.m. on Saturday, January 14, 2012 at KEMPER-MARSH-MILLARD Funeral Home / Troy Chapel. Officiating the service is Pastor Wes Denham. Burial will follow in the Troy Cemetery. In lieu of flowers, expressions of sympathy may be made to the family of Herman Green, Jr.. Arrangements are under the direction of KEMPER-MARSH-MILLARD Family Funeral Chapel; 351 Monroe St. Troy, MO 63379(636) 528-8221. Online condolences may be made at www.millardfamilychapels.com

Herman Green, Jr., 72, of Troy passed away on Monday, January 9, 2012 at Lincoln County Medical Center in Troy, Missouri. He was born on May 15, 1939 in Yazoo, Mississippi a son of the late Herman Green, Sr. and Louise M. Steward-Green. He... View Obituary & Service Information

The family of Herman Green, created this Life Tributes page to make it easy to share your memories.

Send flowers to the Green, family.