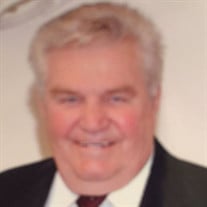 Jack Holder, Sr., of St. Peters, MO, passed away on Thursday, October 2nd 2014 at the age of 85 at his residence. He was born on September 18th, 1929 in St. Louis MO. He was united in marriage to Marilyn Jean Hannibal in Corinth Mississippi, and to this union of five children, four sons and one daughter were born. Jack entered the air force on October 22nd, 1946 in Illinois and was discharged on April 15th, 1950 in California. He was the owner and operator of Jack Holder construction and worked for various contractors for 60 plus years. Jack was a racing enthusiast for 70 plus years. You would see Jack in the stands, rooting on his #1 race car drivers at Tri-City Speedway and many more speedy tracks. He enjoyed sky diving, water skiing, snow skiing, scuba diving, drag racing and drag boat racing. Jack was never a stranger to anyone and always helped those in need. He generously gave himself to sponsor his grandchildren and the youth to participate in cart racing, and do not forget he loved his pets and all other animals. Jack worked hard in his life time to provide for his family. He loved, enjoyed, and appreciated the time he could spend together with his family. Jack is survived by his loving wife of 58 years, Marilyn Holder of St. Peters, MO. Four sons, Jack Holder II (former wife, Kelley), Robert and Juli Holder, Rick Holder, Michael and Lisa Holder and one daughter, Terri and Beto Bellagamba (former son-in-law, Richard Cwiklowski). His grandchildren are Chris and Allison, Torie, Jessica, Michael and Shannon, Curtis, and Chance. His step-grandchildren are Christen and Tim, Eden, Anna, Brett, Cierra, and April. He also has 10 great-grandchildren, a mother-in-law, sister-in-law, a nephew, two nieces, and all of his furry friends, Rusty, Jewel, Bella, Lou Lou, Sandy, Benny, Scout, and many more. He was preceded in death by his parents, Bookie and Knuckles. Friends will be received from 4:00 p.m. to 7:00 p.m. on Tuesday, October 7, 2014 at the Tri-City Speedway located at 5100 Nameoki Rd Pontoon Beach, IL 62040. Funeral service will be held at 7:00 p.m. following the visitation. An additional service will be held at 11:00 a.m. on Wednesday October 8, 2014 at the Tri-City Speedway. Interment will be held at the Oak Grove Cemetery. Following the committal service the family would like to invite everyone to the luncheon at the VFW Hall Post #2866 located at 66 VFW Lane St. Charles MO 63303. Expressions of sympathy may be made to The Family of Jack Holder. In care of Kemper-Millard-Keim Family Funeral Chapel; P.O. Box 222, Troy, MO 63379. Online condolences may be made at www.kempermillardkeimfamilychapels.com Ph.(636) 528-8221

Jack Holder, Sr., of St. Peters, MO, passed away on Thursday, October 2nd 2014 at the age of 85 at his residence. He was born on September 18th, 1929 in St. Louis MO. He was united in marriage to Marilyn Jean Hannibal in Corinth Mississippi,... View Obituary & Service Information

The family of Jack Holder Sr. created this Life Tributes page to make it easy to share your memories.

Send flowers to the Holder family.