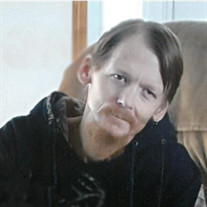 Jeffrey Lane Scearce, 51, of Curryville, Missouri, passed away on Wednesday, December 8, 2021 at Vlosich Wade-Harry S Truman Memorial Veterans’ Hospital in Columbia, Missouri. He was born on January 14, 1970 in Troy, Missouri, a son of the late Robert W. And Mary D. (Harper) Scearce. He was united in marriage to Janine Bovey on July 9, 1994 in Australia. Jeffrey graduated from Wentzville Holt in 1988. He served his country in the United States Air Force from January 4, 1989 until he retired on January 5, 1998. While serving his country in the United States Air Force, he was a Space Systems operations Journeyman and earned several honors: Air Force Achievement Medal. Air Force Longevity Service with 1 device, Training Ribbon, Air force Overseas Short Tour Ribbon, National Defense Service Medal. NCO Professional Military, along with several others. Jeffrey had a need for speed, racing at the MAR with his 1962 Chevy 2. He liked anything mechanical and gun smithing. Jeffrey enjoyed being outdoors and deer hunting. He looked forward to spending time with Janine, driving the countryside and going to car shows together. Jeffrey valued the time he spent with Janine and together they lived life. He is survived by his loving wife, Janine Scearce of Curryville, MO; fur babies: Gunna Marie, Remington Louise and Tazze Spazzie; one sister and two brothers: Lynne Wilburn and husband Kevin of O’Fallon, MO, Steven Scearce and wife Rhoda of Wentzville, MO and Gary Scearce and wife Paula of Troy, MO; nieces and nephews: Michael, Adam, Katie, Robert and Rachel; great-nieces and great nephews: Izzy, Skylla, Damien, Ashley and R.J.; God Daughter, Kelli Ann Williams and husband Josh and their son is Wyatt; aunts, uncles and friends. He was preceded in death by his parents. Family and friends will be received from 12:00 p.m. to 2:00 p.m. on Monday, December 13, 2021 at KEMPER-KEIM Family Funeral Chapel located at 351 Monroe Street Troy, MO 63379. Funeral service will be held at 2:00 p.m. on Monday, December 13, 2021 at the Troy Chapel. In lieu of flowers expressions of sympathy may be made to The Family of Jeffrey Lane Scearce in care of Kemper-Keim Family Funeral Chapel P.O. Box 222 Troy, MO 63379. Arrangements are under the direction of Kemper-Keim Family Funeral Chapel; 351 Monroe Street, Troy, Missouri 63379. Online condolences may be made at www.kemperkeimfamilyfuneralchapel.com Phone 636-528-8221

The family of Jeffrey Lane Scearce created this Life Tributes page to make it easy to share your memories.

Send flowers to the Scearce family.