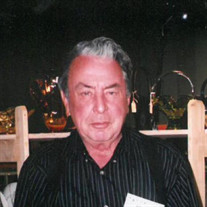 John Wayne Bine, 80, of Troy, Missouri, passed away on Tuesday, March 29, 2022, at his residence in Troy, Missouri. He was born on April 4, 1941 in Troy, Missouri, the son of the late John Joseph and Edith Evelyn (Parson) Bine. He was united in marriage to Judith Marie Bishop in 1966 in St. Charles, Missouri and together they share, one daughter and two sons. John graduated from Winfield High School in 1959. He served his country in the United States Navy until he was honorably discharged. He worked for over 40 years as a carpenter for Union Local #32, until his retirement. John liked to buy and sell antiques. Judy and John would travel all over with the Depression Glass Club. John is survived by his loving wife of 55 years, Judy Bine of Troy, MO; one daughter and two sons: Anngie Erbe and husband Nick of Troy, MO, Wayne A. Bine and significant other, Jenny Wilson of Troy, MO and Todd Bine of O’Fallon, MO; five grandchildren, two great-grandchildren, nephews, cousins and friends. He was preceded in death by his parents, one infant son, John Joseph Bine, one brother, Kenneth Bine and one sister-in-law, Connie Bine. Services will be held private. Expressions of sympathy may be made to Alzheimer’s Association in care of Kemper-Keim Family Funeral Chapel P.O. Box 222 Troy, MO 63379. Arrangements are under the direction of Kemper-Keim Family Funeral Chapel; 351 Monroe Street, Troy, Missouri 63379. Online condolences may be made at www.kemperkeimfamilyfuneralchapel.com Phone 636-528-8221

The family of John Wayne Bine created this Life Tributes page to make it easy to share your memories.

Send flowers to the Bine family.