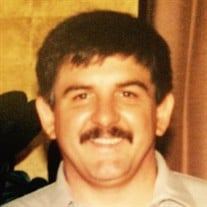 John C. Lewis, Jr., 66 of Troy, Mo. Passed away at home after a long illness, Friday morning, January 27, 2017 at 11:20 am. John was born at St. Mary's Hospital, Louisville, Ky to Jessica "Opal" McKinney Lewis (teacher) and John Clayburn Lewis, Sr. (engineer for L & N railroad) on March 3, 1950. He graduated from Valley High School in 1968, played football for Eastern Kentucky University where he later returned to pursue a degree in Quality Management through TMM, Georgetown, Ky. He married Barbara A. Stewart, June 9, 1973, they had two children Brandon Scott, and Jessica Marie. He later married Tammy L Porter, May 26, 1985, having two daughters Kirsten McKinney and Kaitlyn McKenzie. John was a member of the International Brotherhood of Electrical Workers Local #369, Louisville, Ky. After notice of Toyota Motor Manufacturing building a plant in Georgetown, Ky, he secured a position as Group Leader in Quality Management for fourteen years frequently traveling to his wife's home state of Missouri to train TMM employees at the Bodine Plant in Troy, Mo. After moving his family to Troy, he worked through the IBEW Local #1, St. Louis, until opening his own electrical company Lewis & Clark Electric in 2004 until his health declined in 2008. John was a Kentucky boy through and through... Believing your blood should run blue, your cars fast and your trucks big with your dog at your side. After all, John was racing Top Fuel Dragsters down Kentucky’s raceways before he was legal. In his world, your rod should be on bass, and bows were for deer. His bike was a Harley and Corvettes convertible and banana yellow. He enjoyed his Ale-8 on ice but only consumed Bourbon Makers Mark in his Pie called Derby. He believed in sausage gravy and biscuits with a side of grits for breakfast, hamburger and fries for lunch, steak and potatoes for supper. When the wife says you’re eating chicken, he heard "yard bird's for supper". His fish was from Moby Dick's, his chili Bloemers, ordered by the case, his hot sauce Tabasco, shaken not stirred. Opinions were for sharing, political view strictly democratic. His flag Red, White and Blue except during basketball season when it was Blue and White and the stars were the Kentucky Wildcats. He believed the best horse was Secretariat, best dogs Pat, Zeus and Jake, cats were for someone else though he was frequently caught cuddling Lizzie. Tunes were for truck radios and anything but Bob Seger, Alabama, or Hank, required ear plugs, unless Kirsten was singing. His religion was Jeopardy, rarely missing a show, a ringer for Deb on her trivia nights. An avid story teller, John always had one in his pocket ready to share, believing story telling was an art few really mastered. He joked children were to be seen and not heard, but really loved his children more than he had words. Sharing with Dr. Bockhorst on a recent visit, in life he was most proud of his children and theirs. John said many times when its all said and done, he didn’t want flowers, people crying over his body in black. He wanted his family in their best UK gear, except for his in-laws, he knew Mizzou they would wear. He wanted everyone to remember in life you have one, so make it "Justified", a favorite show and book series by Elmore Leonard. John was preceded in death by his parents Opal and John C. Lewis, Sr. of Louisville, Ky, his father in law, Eugene Porter of Canton, Mo. and sister in law Sheila Porter Widel, Blackwater, Mo. He's survived by his wife, Tammy Porter Lewis; grandson, Brock A. Lewis of Troy; Brother, Rodney S. Lewis, of St. Petersburg, FL; son, Brandon S. Lewis of Louisville, KY; daughter, Jessica Lewis Cardwell and husband Hunter, twin grandsons Sebastain M., Atticus W. Cardwell of Lagrange, KY; daughter, Kirsten Lewis Kelley, husband Brad of Troy, MO; daughter, Kaitlyn M. Lewis of St. Louis, MO; cousin Charlene Denniston Blankenship, husband, Dewey of Centerville, OH., mother in law Nina Stewart Porter, of Canton, MO; sister in law Debbie Porter Grewach, husband Ed and family; brother in law, Jimmy Widel, wife, Tina and family; sister in law Theresa D'Ambrosio Ineck, husband Lawrence, and family of Seattle Washington; sister in law Carla Patton Heubner, husband Mark, of Martinez, GA; sister in law Cindy Porter Hoewing, husband Mark and family, of Canton, MO and brother in law Chad Porter, wife Jennifer and family also of Canton, MO. A quiet celebration of life memorial is being held by family and close friends. Cremation services by Kemper-Millard-Kiem Funeral Home, in lieu of flowers or cards, donations may be made to Brock A. Lewis college fund, in care of Kemper-Millard-Keim Family Funeral Chapel, P.O. Box 222 Troy, MO 63379. Arrangements are under the direction of Kemper-Millard-Keim Family Funeral Chapel; 351 Monroe Street, Troy, Missouri 63379. Online condolences may be made at www.kempermillardkeimfamilyfuneralchapel.com Phone 636-528-8221

The family of John C. Lewis Jr. created this Life Tributes page to make it easy to share your memories.

Send flowers to the Lewis family.