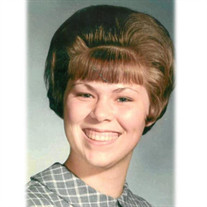 Karen Lenetta Stuck, 70, of Washington, Missouri, passed away on Sunday, October 3, 2021 at Mercy Hospital Washington in Washington, Missouri. She was born on August 31, 1951 in St. Louis, Missouri, the daughter of the late Leonard and Joyce Virginia (Moore) Stuck. Karen graduated from Troy Buchanan High School and continued her education with a wiring certification. She worked various jobs over the years at, Emmaus Home for several years, as a CNA at Washington Hospital, a Homemaker, a school bus driver and most recently a manager for various places. In her earlier years she enjoyed making crafts, creating Halloween costumes and selling them and cross stitching. Karen designed the house she raised her children in and was currently helping with the construction with the current house she was living in. Karen liked listening to books and baking cookies. She took pride in spoiling her grandchildren, by telling them stories and singing them songs. She is survived by one son and one daughter: Anthony Konys and daughter-in-law Cindy Matchell of Washington, MO and Lenetta Konys of Washington, MO; three grandchildren: Dylann Konys, Samuel Kuhlmann and Heather Matchell; two great-grandchildren: Coen Perkins and Ryker Perkins; cousins and friends. She was preceded in death by her mother and father, Leonard and Joyce Stuck, one brother Steven Stuck and one sister, Teresa Stuck. Family and friends will be received from 12:00 p.m. to 2:00 p.m. on Saturday, October 9, 2021 at KEMPER- KEIM Family Funeral Chapel located at 41 Farm Lane Hawk Point, MO 63349. Funeral service will be held at 2:00 p.m. October 9, 2021 at KEMPER- KEIM Family Funeral Chapel located at 41 Farm Lane Hawk Point, MO 63349. Interment will be held Hawk Point City Cemetery in Hawk Point, Missouri. Expressions of sympathy may be made to Warner Library in care of Kemper- Keim Family Funeral Chapel P.O. Box 222 Troy, MO 63379. Arrangements are under the direction of Kemper- Keim Family Funeral Chapel; 41 Farm Lane Hawk Point, MO 63349. Online condolences may be made at www.kemperkeimfamilyfuneralchapel.com Phone 636-338-4375

The family of Karen Lenetta Stuck created this Life Tributes page to make it easy to share your memories.

Send flowers to the Stuck family.