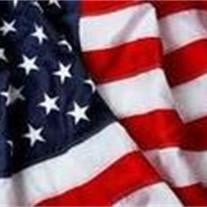 Kenneth Winfield Dickerman, 96, of Elsberry, formally of Arkansas, passed away on Friday, January 13, 2012 at Elsberry Health Care Center in Elsberry, Missouri. He was born on December 23, 1915 in Paynesville, Missouri, a son of the late Levi Lewis and Effie June Dickerman (Clowers). He married Jean Hinds on August 7, 1948 in Elsberry, Missouri and she preceded him in death on February 27, 2011. Kenneth attended school at Barton School in Paynesville, Missouri. Kenneth and Jean lived in the Louisiana, Missouri area for many years. For employment reasons they decided to make their home in Arkansas, living in Pine Bluff for 20 years and Horseshoe Bend for 37 years. While living in Arkansas he worked for the government with genetically modified mosquitoes for the war and then he later was employed for The State Of Arkansas Quality Air Control. He was active in Sons of the American Revolution (SAR), and a Charter member of the Faith Presbyterian Church in Horseshoe Bend, Arkansas. Kenneth’s passion was in bird hunting, he hunted in several different states, with his bird dogs along his side. He enjoyed golfing, helping others, gardening and restoring furniture. Kenneth would do anything to keep busy and did not have idle hands until later in life. Kenneth is survived by his one daughter, Kendra Walkenhorst of Florida: three grandchildren: Benjamin Walkenhorst and wife Erica, Frank Walkenhorst and Rebecca Peaden and special friend Eduardo “Lalo” Fernandez; ten great grandchildren: Sylvia, Wyatt, Waylon, Jackson, Rylie, Holly, Carl, Kasey, Angel and Amy; nieces and nephews: Virginia Slaughter and husband Don, Shirley Adcock, Delores Edwards, Barbara MacCabe, Sandra Schaper and husband Russ, Dale Dickerman and wife Joyce, Dorothy Cook, John Martin and wife Helen and Ruby Boswell; several great-nieces, great-nephews, many friends and neighbors. He was preceded in death by his loving wife, Jean, his parents, five brothers, two sisters, three sister-in-laws and two brother–in-laws. A graveside service will be held at 11:00 a.m., on Tuesday, January 17, 2012 at the Troy City Cemetery. Expressions of sympathy may be made to the Charity of Donor’s Choice. In care of Kemper-Marsh-Millard Family Funeral Chapel; P.O. Box 222, Troy, MO 63379. Online condolences may be made at www.millardfamilychapels.com Ph.(636) 528-8221

Kenneth Winfield Dickerman, 96, of Elsberry, formally of Arkansas, passed away on Friday, January 13, 2012 at Elsberry Health Care Center in Elsberry, Missouri. He was born on December 23, 1915 in Paynesville, Missouri, a son of the late Levi... View Obituary & Service Information

The family of Kenneth Dickerman created this Life Tributes page to make it easy to share your memories.

Send flowers to the Dickerman family.