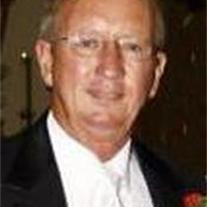 Larry Tiefenthaler, 62, of Troy, Missouri passed away on Tuesday, May 29, 2012 in Troy, Missouri. He was born on July 7, 1949 in St. Louis, Missouri, a son of Donald Frank and Irene Grace Tiefenthaler. He was united in marriage to Sandra Belville on June 10, 1972 at Old Alexandria Church in Troy, Missouri. To this union two children were born. Larry graduated from Buchannan High School in 1967 and continued his education at Ranken Tech School as a Diesel Mechanic. He entered the Marines on January 22, 1970 and was honorably discharged on November 12, 1971. Larry served in the Vietnam War, near DaNang as a motor transport operator and he was one shot away from being an expert marksmanship. He was employed for 32 years at Cuivre River Electric Cooperative. His intention was working as a mechanic in the spring of 1979, but the cooperative needed linemen. He began work as an apprentice lineman in April 1979, and advanced to Journeyman in 1983.He worked several years in Lake Saint Louis, Missouri. In 1990 he had the opportunity to return to the Troy office and he retired as a Serviceman/Lead Lineman, on June 8, 2011. He was baptized on April 7th 1963 at Moscow Mills Methodist Church and later became a member Calvary Chapel in Troy, Missouri. Larry enjoyed riding his Harley Davidson Motorcycle. He held a special place in his heart for his family, especially his grandchildren. He is survived by his loving wife of 39 years, Sandy Tiefenthaler of Troy, Missouri; one daughter, Christina M. Smith and husband, Wes of Troy, Missouri; one son, Todd Tiefenthaler of Troy, Missouri; mother, Irene Bockhorst and husband, J.E. of Troy, Missouri; one sister, Cindy Harris and significant other, Paul Malone of Troy, Missouri; one brother, Randy Tiefenthaler and wife, Beverly of Troy, Missouri; three grandchildren: Taylor Tiefenthaler, Macey Braungardt and Kylie Tiefenthaler; two step-grandchildren: Seth Townsend and Jayce Hayes; four nephews, two great-nieces and many friends. He was preceded in death by his father, Donald Frank Tiefenthaler on August 8, 1960. Family and friends will be received from 4:00 p.m. to 8:00 p.m. on Friday, June 1, 2012 at KEMPER-MARSH-MILLARD Family Funeral Home / Troy Chapel. Funeral services will be held at 5:30 p.m. on Saturday, June 2, 2012 at Calvary Chapel in Troy, Missouri. Officiating will be Pastor Wes Denham of Calvary Chapel. Interment will be held at Anderson Hill /Friedens Cemetery. In lieu of flowers expressions of sympathy may be made to the Calvary Chapel or American Heart Association. In care of Kemper-Marsh-Millard Family Funeral Chapel; P.O. Box 222, Troy, MO 63379. Online condolences may be made at www.millardfamilychapels.com Ph.(636) 528-8221

Larry Tiefenthaler, 62, of Troy, Missouri passed away on Tuesday, May 29, 2012 in Troy, Missouri. He was born on July 7, 1949 in St. Louis, Missouri, a son of Donald Frank and Irene Grace Tiefenthaler. He was united in marriage to Sandra Belville... View Obituary & Service Information

The family of Larry Tiefenthaler created this Life Tributes page to make it easy to share your memories.

Larry Tiefenthaler, 62, of Troy, Missouri passed away on Tuesday,...

Send flowers to the Tiefenthaler family.