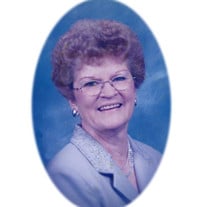 Malica Bell Maifeld, 85, of Hawk Point, Missouri, passed away on Sunday, March 13, 2022 at Warrenton Manor. She was born on May 28, 1936 in Morrillton, Arkansas, to Otto Issac and Addie U. (Plunkett) Brown. Malica was united in marriage to Orville Dean Maifeld on December 29, 1980 at the Warrenton Baptist Church and he preceded her in death. Malica graduated from the Wordell High School in 1954. She worked for St. Luke’s Hospital as a housekeeper and later a homemaker. Malica was a member of the Church of Nazarene in Wright City, where she devoted a lot of her time, especially when it came to cleaning the church for over 30 years. In her earlier years she would attend craft shows and always took pride in her gardens. She spent countless hours tending her vegetable garden and canning the produce. Malica liked taking her trips to the ocean, was known for collections of nic nacs and was truly a faithful servant of God. She had the most loving heart, that would give to anyone in need. Malica is survived by two sons: Bill Jacobs and wife Linda of Wentzville, MO and Darrell Jacobs and wife Paula of Wright City, MO; three brothers and one sister: Rayburn Brown and wife Susan, James Brown and wife Janet, Faye Schipper and Robert Brown and wife Mary; four grandchildren: Jason Jacobs (Bethany), Jared Jacobs (Alicia), Ammie Jacobs and Daniel Jacobs; two great-grandchildren: Cora Nadine Jacobs and Drake Dean Jacobs and another on the way; nieces, nephews, cousins and many friends. She was preceded in death by her husband, Orville Dean Maifeld, one son Glenn Wade Jacobs and one brother-n-law, Harold Schipper. Family and friends will be received from 10:00 a.m. to 12:00 p.m. on Saturday, March 19, 2022 at KEMPER-KEIM Family Funeral Chapel located at 41 Farm Lane Hawk Point, MO 63349. Funeral service will be held at 12:00 p.m. on Saturday, March 19, 2022 at the Hawk Point Chapel. Internment will be held at the Hawk Point City Cemetery in Hawk Point, Missouri. Expressions of sympathy may be made to American Cancer Society in care of Kemper-Keim Family Funeral Chapel P.O. Box 222 Troy, MO 63379. Arrangements are under the direction of Kemper-Keim Family Funeral Chapel; 41 Farm Lane Hawk Point, MO 63349. Online condolences may be made at www.kemperkeimfamilyfuneralchapel.com Phone 636-338-4375

Malica Bell Maifeld, 85, of Hawk Point, Missouri, passed away on Sunday, March 13, 2022 at Warrenton Manor. She was born on May 28, 1936 in Morrillton, Arkansas, to Otto Issac and Addie U. (Plunkett) Brown. Malica was united in marriage to Orville... View Obituary & Service Information

The family of Malica Bell Maifeld created this Life Tributes page to make it easy to share your memories.

Send flowers to the Maifeld family.