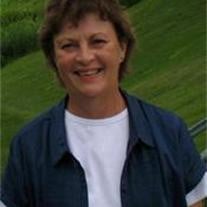 Mary Katherine Houlahan, 67, of Troy, Missouri, passed away on Saturday, December 28, 2013 at the Lincoln County Medical Center in Troy, Missouri. She was born on September 26, 1946 in Fort Madison, Iowa, a daughter of the late Thomas J. and Irene A. (Kluesner) O’Brien. Mary graduated from New London High School in 1964 and continued her education at Mercy College of Nursing in Cedar Rapids, Iowa, as a registered nurse. She was a registered nurse for 46 years in various hospitals, including Davenport Osteopathic Hospital and most recently retired from Barnes-Jewish St. Peters Hospital. Mary enjoyed baking, traveling with family and friends and was an avid scrapbooker. Everett, her best friend and companion enjoyed many activities together including their annual trip for the past 10 years to the Shrine in Belleville, Illinois. She was happiest in the company of family, especially her grandchildren. Mary would make every effort to attend ballgames, school functions and activities in her grandchildren’s lives, regardless of the distance. She was a loving, thoughtful person, who remembered everyone’s birthday, anniversaries and special events. Mary was a second mom to many and will be deeply missed. She is survived by her significant other of 20 years, Everett Parton of Foristell, Missouri; children, Brian Houlahan (Vicki) of Olathe, Kansas, Megan Orme (Brandon) of Troy, Missouri and Michael Houlahan (Joshua Lemmer) of Chicago, Illinois; grandchildren, James Houlahan, Micaela Houlahan, Finn Houlahan, Mackenzie Lynn Orme and Samuel Orme; former husband and father to her children, Patrick J. Houlahan of O’Fallon, Missouri; cousins and friends. She was preceded in death by her parents. Friends will be received from 11:00 a.m. to 1:30 p.m. on Saturday, January 4, 2013 at Kemper-Marsh-Millard Family Funeral Home/ Troy Chapel. Memorial mass will be held at 2:00 p.m. on Saturday, January 4, 2014 at the Sacred Heart Catholic Church (100 Thompson Dr, Troy, MO 63379). In lieu of flowers expressions of sympathy may be made to the PALS or American Diabetes Association. (In Care of Kemper-Marsh-Millard Family Funeral Chapels, P.O. Box 222 Troy, MO 63379.) Online condolences may be made at www.kempermarshmillardfamilychapels.com ph. (636) 528-8221.

Mary Katherine Houlahan, 67, of Troy, Missouri, passed away on Saturday, December 28, 2013 at the Lincoln County Medical Center in Troy, Missouri. She was born on September 26, 1946 in Fort Madison, Iowa, a daughter of the late Thomas J. and... View Obituary & Service Information

The family of Mary Houlahan created this Life Tributes page to make it easy to share your memories.

Mary Katherine Houlahan, 67, of Troy, Missouri, passed away on...

Send flowers to the Houlahan family.