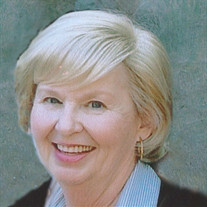 Mary Ruth Witt, 77 of Troy, followed the angels home on Saturday, August 23, 2014 at her residence in Troy. She was born on April 27, 1937 in Fredericktown, Missouri a daughter of the late Robert Earl and Vivian (Harrell) Moser. She attended Buchanan High in Troy, Missouri. Mary Ruth and Tinker, shared their first dance in 1951 at the Hoot Owl Howler in Troy, they both decided to live their own lives and was reunited in 1983. She married Charles “Tinker” Witt on May 1, 1991 in Las Vegas, Nevada. Mary Ruth was a very strong woman, who had survived Pancreatic Cancer. She was always up for new adventures in life, her family has endless stories of the memories that were made together. Mary Ruth enjoyed playing cards and going on trips with a group of girls, that were lifelong friends. She loved spending time with her family and gardening. Mary Ruth was a good cook, everyone loved her dinner rolls that were made with love. Her favorite time of the year was the holidays, having family gatherings at the house with the ones she loved. She was a member of the Calvary Chapel in Troy, Missouri and a lifetime member of the Hawk Point Ladies Auxiliary. Mary Ruth is survived by her husband of 23 years, Charles Witt of Troy, MO; three sons, Charles “Steve” Lindsey and wife, Kathy of Troy, MO, Thomas “Tom” Lindsey of Troy, MO and Ronald “Ronnie” Lindsey and wife, Georgia of Troy, MO; two brothers, Billy J. Moser and wife, Sally of Branson, MO and Jack L. Moser and wife, Connie of Moscow Mills, Mo; brother-in-laws, Jack Witt and wife, JoAnn of Wentzville, MO and Dink Witt of Hobe Sound, FL; one sister-in-law, Sissy Tuepker of Hawk Point, MO; eight grandchildren, four-teen great-grandchildren, nieces, nephews, cousins and many friends. She was preceded in death by her parents, one son, William “Little Bill” Lindsey in 1987 and step-daughter, Catherine “Rosie” Trowbridge in 2013. Friends will be received from 4:00 p.m. to 8:00 a.m. on Wednesday, August 27, 2014 at KEMPER-MILLARD-KEIM Family Funeral Home / Troy Chapel. Funeral services will be held at 1:00 p.m. on Thursday, August 28, 2014 at KEMPER-MILLARD-KEIM Family Funeral Home/ Troy Chapel. Officiating the service will be Pastor Wes Denham. Interment will be held at a later date in the Hawk Point City Cemetery. Expressions of sympathy may be made to the Lincoln County Relay for Life or Calvary Chapel in care of Kemper-Millard-Keim Family Funeral Chapel; P. O. Box 222, Troy MO, 63379. Online condolences may be made at www.kempermillardkeimfamilychapels.com Ph.(636) 528-8221

Mary Ruth Witt, 77 of Troy, followed the angels home on Saturday, August 23, 2014 at her residence in Troy. She was born on April 27, 1937 in Fredericktown, Missouri a daughter of the late Robert Earl and Vivian (Harrell) Moser. She attended... View Obituary & Service Information

The family of Mary Ruth Witt created this Life Tributes page to make it easy to share your memories.