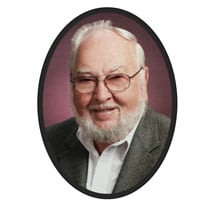 Otis H. Hechler, 82, of Troy, Missouri, passed away on Friday, February 20, 2015 at St. John’s Mercy Health Care in St. Louis. He was born on September 18, 1932 in Carol County, a son of the late Henry and Sarah Ellen Hechler. Otis was united in marriage to Barbara Bowman on April 21, 1973 at the Old Alexandria United Methodist Church in Troy. He graduated from Buchanan High in 1950. Otis served in the United States Army and was honorably discharged. In his earlier years he was a volunteer fire fighter for the Lincoln County Fire Department. He retired in 1994, after 32 years of dedication from ConTel Corporation now known as CenturyLink. Otis was never at an idle, he worked at WalMart in Troy for 20 years as a door greeter and in the lawn and gardening department. He was a member of the St. Stephen United Methodist Church and the Communication Workers of America Local #6300. Otis enjoyed working on his yard, rooting on the Kansas City Chiefs Football Team and the St. Louis Cardinals Baseball Team. He loved spending time with his family, especially the family vacations and the Sunday morning fishing. Otis is survived by his loving wife of 41 years, Barbara Hechler of Troy; two sons, David Norman and wife Meleody of Troy and Darren “William” Bowman and wife Tiffany of Warrenton; one daughter, Melissa Moss and husband Ben of Troy; grandchildren, Joshua, Brenden, Alexis, Cole, Mason, Kali, Bailey and Dylan; sister-in-laws, bother-in-laws, nieces, nephews, cousins, numerous relatives and many friends. He was preceded in death by his parents and two brother-in-laws. Friends will be received from 4:00 p.m. to 8:00 p.m. on Tuesday, February 24, 2015 at KEMPER-MILLARD-KEIM Family Funeral Home/ Troy Chapel. Service will be held at 11:00 a.m. on Wednesday, February 25, 2015 at KEMPER-MILLARD-KEIM Family Funeral Home/ Troy Chapel. Expressions of sympathy may be made to the Buddy Bags Program. In care of Kemper-Millard-Keim Family Funeral Chapel; P.O. Box 222, Troy, Missouri 63379. Online condolences may be made at www.kempermillardkeimfamilychapels.com Phone 636-528-8221

The family of Otis H. Hechler created this Life Tributes page to make it easy to share your memories.

Send flowers to the Hechler family.