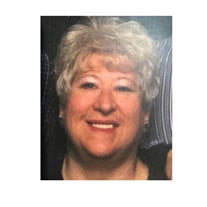 Pamela Jean Johnston, 65, of Jonesburg, Missouri formerly of Troy, Missouri, passed away peacefully on Sunday, July 9, 2017 at St. Joseph Hospital West in Lake Saint Louis, Missouri. She was born on July 16, 1951 in St. Louis, Missouri and was the daughter of George and Mary (Markwardt) Graves. Pamela graduated from the Troy Buchanan High School in 1971 and continued her education as a beautician. She worked for several years as a beautician at Helen’s Salon in Troy and later worked as a custodian for the Troy R-III School District. In Pamela’s earlier years as a military wife she traveled the world and was the President for the NCO Wives Club. She enjoyed floating on the river, spending time at the Sandy Beach and the memories made with her cousins. She liked reading any good old romance novel and watching T.V. Pam loved crafting at Car Jo Ceramics. She is survived by her three sons: Matt Johnston and wife Cristy of St. Peters, MO, Joel Johnston, Jr. and wife Cindy of Troy, MO and Mark Johnston of Troy, MO; three sisters: Linda Eppard of St. Louis, MO, Nancy Vitale of Jonesburg, MO and Pattie Griffin of Troy, MO; several grandchildren, nieces, nephews, cousins and her adopted family at the Jonesburg Nursing and Rehab. She was preceded in death by her mother, Mary, father, George, one brother, Forrest “Buddy” Graves and one brother-in-law, John Vitale. Friends will be received from 10:00 a.m. to 2:00 p.m. on Sunday, July 16, 2017 at KEMPER-MILLARD-KEIM Family Funeral Chapel, located at 351 Monroe Street Troy, MO 63379. Funeral service will be held at 2:00 p.m. on Sunday, July 16, 2017 at KEMPER-MILLARD-KEIM Family Funeral Chapel in Troy, MO. Interment will be held at 2:00 p.m. on Friday, July 21,2017 at the Troy City Cemetery. Expressions of sympathy may be made to The Family of Pamela Jean Johnston in care of Kemper-Millard-Keim Family Funeral Chapel, P.O. Box 222 Troy, MO 63379. Arrangements are under the direction of Kemper-Millard-Keim Family Funeral Chapel; 351 Monroe Street, Troy, Missouri 63379. Online condolences may be made at www.kempermillardkeimfamilyfuneralchapel.com Phone 636-528-8221

The family of Pamela Jean Johnston created this Life Tributes page to make it easy to share your memories.

Send flowers to the Johnston family.