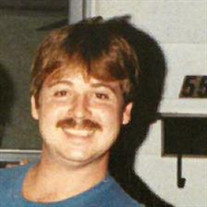 Raymond Richard Baumgartner, 54, of Moscow Mills, Missouri, passed away peacefully at his residence on Wednesday, August 22, 2018 in Moscow Mills, Missouri. He was born on June 12, 1964 in St. Louis, Missouri and was the son of the late LeRoy and Shirley (Irving) Baumgartner. Raymond worked all his life in factory industry for Varley’s, Graham Packing and recently Daddy Ray’s. He was an avid St. Louis Cardinals Baseball and Blue’s hockey fan, he vary rarely missed watching a game. Raymond enjoyed spending time with family especially his daughter Megan and watching his grandchildren grow. He was a man that was always living life to its fullest, he was the life of any celebration. He is survived by his daughter, Megan Baumgartner of Crown Point, IN; two grandchildren: Aiden and Lyla Arthur; two brothers and one sister: Danny Baumgartner (Diana) of Moscow Mills, MO, Pam Heinzer (John) of Barnhardt, MO and John Ehmke (Linda) of Florissant, MO; aunts, uncles, nieces, nephews and friends. He was preceded in death by his parents, one sister, Sue Baumgartner, and two brothers: Jimmy and Bill Baumgartner. Friends are welcome to attend a social gathering in Raymond’s honor from 1:00 p.m. to 6:00 p.m. on Saturday, September 1, 2018 at Tropicana Village Club House located at 808 Tropicana Village Dr Moscow Mills, MO 63362. Expressions of sympathy may be made to the American Liver Foundation or American Cancer Society in care of KEMPER-MILLARD-KEIM Family Funeral Chapel, P.O. Box 222 Troy, MO 63379. Arrangements are under the direction of KEMPER-MILLARD-KEIM Family Funeral Chapel; 351 Monroe Street Troy, MO 63379. Online condolences may be made at www.kempermillardkeimfamilyfuneralchapel.com Phone 636-528-8221

The family of Raymond Richard Baumgartner created this Life Tributes page to make it easy to share your memories.

Send flowers to the Baumgartner family.