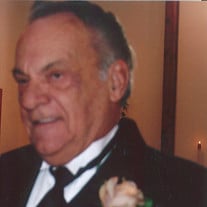 Raymond “Ray” Wesley Hutchinson, 71, of Elsberry, Missouri, passed away on Friday, April 1, 2016 at his residence. He was born on September 26, 1944 in Berkley, California, a son of the late John W. and Lena E. (Cook) Hutchinson. Ray married Mary Konieczny on December 2, 1978 in St. Louis County. Ray graduated high school and enlisted in the United States Navy on April 30, 1962 and was honorably discharged on January 28, 1966. He was self-employed working in his earlier years a roofer and later a truck driver. Ray was a 30 year member of the Thoman Boothe Post 338 American Legion in Overland, MO. In his earlier years he liked playing pool, pitching horse shoes and bowling. Ray enjoyed wood working, spending time in his yard and tinkering on various projects. You could find Ray taking it easy watching his favorite Old Western Movies and napping with his grandchildren. His family was his world and he took great pride in being a grandpa. He is survived by his loving wife, Mary Hutchinson of Elsberry; three daughters: Christina Rackley and husband Rick of Troy, Sheri Bender and husband Ron of St Louis and Shannon Hutchinson of CA; one sister, Connie Williamson of St. Peters; one brother, Randy “Pete” Hutchinson of Belleville, IL; one aunt, Ann Hutchinson of Springfield, MA; grandchildren: Jamie Rackley, Christopher Rackley, Thomas Hutchinson, Dana Russell and Ian Russell; great-grandchildren, nieces, nephews, cousins and many friends. He was preceded in death by his parents, three brothers, Johnnie L. Hutchinson, Ronald D. Hutchinson and Rickey A. Hutchinson and one brother-in-law, Karl Williamson. Visitation will be held from 4:00 p.m. to 8:00 p.m. on Monday, April 4, 2016 at KEMPER-MILLARD-KEIM Family Funeral Chapel, located at 351 Monroe Street Troy, MO 63379. Funeral service will be held at 10:00 a.m. on Tuesday, April 5, 2016 at KEMPER-MILLARD-KEIM Family Funeral Chapel. Pastor Karla Cunningham will be officiating the service. Interment will be held at the Jefferson Barracks National Cemetery with full military honors. Expressions of sympathy may be made to the Charity of Donor’s Choice, in care of Kemper-Millard-Keim Family Funeral Chapel, P.O. Box 222 Troy, MO 63379. Arrangements are under the direction of Kemper-Millard-Keim Family Funeral Chapel; 351 Monroe Street, Troy, Missouri 63379. Online condolences may be made at www.kempermillardkeimfamilyfuneralchapel.com Phone 636-528-8221

The family of Raymond "Ray" Wesley Hutchinson created this Life Tributes page to make it easy to share your memories.

Send flowers to the Hutchinson family.