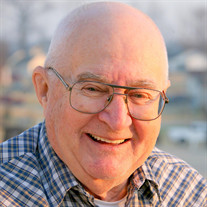 Robert “Bob” Albert Flinn, 98, of Troy, Missouri, passed away peacefully on Wednesday, September 19, 2018 at Lincoln County Nursing and Rehab in Troy, Missouri. He was born on October 6, 1919 in St. Louis, Missouri. He was the son of the late Ernest Monroe and Helen Smith (Martin) Flinn. Bob was united in marriage to Ione Jones on July 21, 1942, she preceeded him in death on September 10, 1997. Bob later married Willanna (Lewis) Shocklee on April 15, 1998 in Millwood, Missouri. Bob attended Benton Elementary in St. Louis and later a one room school house in Catawissa. He graduated from Hadley VoTech, he also took several classes at St. Louis University in St. Louis, MO. He served his country in the United States Army during World War II from November 1940 to November 1945 as an intelligence officer and he was honorably discharged. He continued in the reserves until November 1960. In his earlier years he enjoyed fishing and hunting. Bob spent his entire life providing for his family, he was a man of many trade skills. He owned and operated his own mechanic shop, he worked for several Chevrolet dealers in St. Louis. Bob worked for the Department of Defense from which he retired in 1974. He was very involved in his children’s youth as 4-H Club Leader, PTA Member, room father, and he served on the school board for Central school district in St. Charles. Bob was a member of the Zion United Methodist Church in Truxton, MO, he served on the church board, taught Sunday School and was a Lay Minister. Bob took great pride in his VFW Troy Post #8828 and the 78th Infantry Division Veterans Association. In his later years he enjoyed traveling, reading books, newspapers and many magazines. He is survived by his loving wife of 20 years, Willanna Flinn of Troy, MO; children: Joyce Ziegemeier of O’Fallon, MO, Robert Flinn (Nancy) of Green Ridge, MO, Steve Flinn (Jill) of Glascow, MO, Jamy Preul of Columbia, MO and Samuel Flinn (Linda) of Truxton, MO; his bonus children: Doug Shocklee(Lupe) of Salt Lake City, UT, Dale Shocklee of St. Peters, MO, Debra Crow (Mark) of Troy, MO, Denise Sweeney of Troy, MO, Dawn Peasel (Gary) of Silex, MO, Deron Shocklee (Kim) of Troy, MO and Dean Shocklee of Troy, MO; eighteen grandchildren, twenty-eight great grandchildren and three great-great grandchildren; twenty-one bonus grandchildren; twenty bonus great-grandchildren and one bonus great-great grandchild; nieces, nephews and many friends. He was preceded in death by his first wife Ione, his daughter, Jody Flinn, his son Jeff Flinn and son-in-law Jerry Ziegemeier. Friends will be received from 10:00 a.m. to 12:00 p.m. on Tuesday, September 25, 2018 at KEMPER-MILLARD-KEIM Family Funeral Chapel, located at 351 Monroe Street Troy, MO 63379. Funeral service will follow at 12:00 p.m. on Tuesday, September 25, 2018 at the Troy Chapel. Internment will be held with full military honors at the Zion Cemetery in Truxton, MO. In lieu of flowers expressions of sympathy may be made to the Troy VFW Post #8828 or Central MO Honor Flight in care of KEMPER-MILLARD-KEIM Family Funeral Chapel, P.O. Box 222 Troy, MO 63379. Arrangements are under the direction of KEMPER-MILLARD-KEIM Family Funeral Chapel; 351 Monroe Street Troy, MO 63379. Online condolences may be made at www.kempermillardkeimfamilyfuneralchapel.com Phone 636-528-8221

The family of Robert “Bob” Albert Flinn created this Life Tributes page to make it easy to share your memories.

Send flowers to the Flinn family.