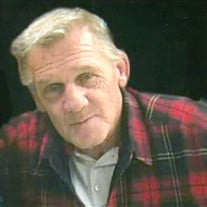 Ronald Kenneth Krueger, 71, of Foley, Missouri, passed away peacefully at his daughter’s residence, surrounded by his family on Friday, February 9, 2018 in Foley, Missouri. He was born on August 10, 1946 in Milwaukee, Wisconsin, a son of the late Kenneth and Betty (Ahlert) Krueger. Ronald was united in marriage to Connie (Noble) Krueger on February 17,1968 in St. Louis, Missouri. Ronald enjoyed spending time with Grandpa Martin and his sisters Karen and Pat on the family dairy farm. He graduated from Custer High in Milwaukee and joined the U.S. Army, where he was honorably discharged. While in the United States Army he was a Drill Sargent and served in Vietnam War. After he was discharged, he went to work for Coca-Cola and after 31 years of hard work he retired on August 28, 2008. Ronald was an avid sports fan but had a true passion for the Green Bay Packers and Milwaukee Brewers. He was a collector of many treasures he spent most of his time going to the flea market with his wife Connie you would catch them setting up shop in the back of the truck or van. He enjoyed time spent with his family at many family BBQ’s. He will be dearly missed. He leaves his loving wife of 50 years, Connie Noble Krueger; his three daughters and two sons: Dawn Krueger (Doyle Pollard), Susan Krueger, Kelly Howerton, Lynn Livingston Schieffer (Russel Schieffer) and Berry Livingston; grandchildren: Eric, James, Amanda, Christopher, Jennifer, Ashley, Jessica, Kayla, Jordan and Jacob; great grandchildren: Kierstyn, Brendan, Hayden, Mckennen, Adelyn, Mason, Katherine, Mason, Levi, and Easton; one sister: Karen Shlack; nieces, nephews and many friends. He was proceeded in death by his parents: Kenneth and Betty, one sister Pat Vanriper, and one daughter-in-law Sandra Howerton Friends will be received from 12:00 p.m. to 2:00 p.m. on Thursday, February 15, 2018 at KEMPER-MILLARD-KEIM Family Funeral Chapel, located at 351 Monroe Street Troy, MO 63379. Funeral service will be held at 2:00 p.m. on Thursday, February 15, 2018 at the Troy Chapel. Interment will be held at the Old Alexandria Cemetery in Troy, Missouri. Expressions of sympathy may be made to the American Cancer Society in care of KEMPER-MILLARD-KEIM Family Funeral Chapel, P.O. Box 222 Troy, MO 63379. Arrangements are under the direction of KEMPER-MILLARD-KEIM Family Funeral Chapel; 351 Monroe Street Troy, MO 63379. Online condolences may be made at www.kempermillardkeimfamilyfuneralchapel.com Phone 636-528-8221

Ronald Kenneth Krueger, 71, of Foley, Missouri, passed away peacefully at his daughter&#8217;s residence, surrounded by his family on Friday, February 9, 2018 in Foley, Missouri. He was born on August 10, 1946 in Milwaukee, Wisconsin, a son... View Obituary & Service Information

The family of Ronald Kenneth Krueger created this Life Tributes page to make it easy to share your memories.

Send flowers to the Krueger family.