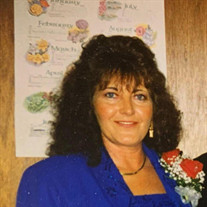 Shirley Mae Howrey, 69, of Troy, Missouri, passed away on Friday, April 15, 2022 in Troy, Missouri. She was born on April 7, 1953 in Potosi, Missouri a daughter of Joseph Samuel and Virginia Alice (Gowin) Holley. She was united in marriage to Robert R. Boyer on June 27, 1970, he preceded her in death on January 24, 1972 and she later married Jimmie D. Howrey on April 4, 1986 and he preceded her in death on December 15, 2020. Shirley retired after 30 years from Cannon Companies and in her earlier years she worked as a paramedic for Hart Ambulance District. She served as an Alderman of Moscow Mills for many years. Shirley was a member of the Republican Club. She could crochet just about anything but was known for her baby blankets and kitchen towels. Shirley was a shop till you drop kind of girl, who would never pass up a good sale. Jimmie and Shirley collected Indian Memorabilia. Shirley was the most loving woman, who cared for everyone and could light up a room with her whitty jokes. Shirley is survived by one son and two daughters: Rob Boyer and wife Jennifer of Troy, MO, Cindy and husband Martenus Golden of Troy, MO and Reginia Orth and husband Kirby of Troy, MO; nine grandchildren: Brett Boyer, Toni Boyer, Jack Boyer, Taylor Balling, Kameron Balling, Kolton Orth, Seth Boyer, Amanda Orth, Graclee Golden and Marell Golden and three great-grandchildren: Emma Boyer, Rylan Balling and Marlee Etherton; nieces, nephews, cousins and friends. She was preceded in death by her parents, husbands: Robert R. Boyer and Jimmie Howrey, one grandson, Brandon King and one granddaughter, Alex Balling. Family and friends will be received from 4:00 p.m. to 7:30 p.m. on Tuesday, April 19, 2022 at KEMPER-KEIM Family Funeral Chapel located at 351 Monroe Street Troy, MO 63379. Funeral service will be held at 7:30 p.m. on Tuesday, April 19, 2022 at the Troy Chapel. Graveside service will be held at 11:00 a.m. on Wednesday, April 20, 2022 at Saint Joachim Cemetery in Old Mines, Missouri. Expressions of sympathy may be made Lincoln County Relay for Life in care of Kemper-Keim Family Funeral Chapel P.O. Box 222 Troy, MO 63379. Arrangements are under the direction of Kemper-Keim Family Funeral Chapel; 351 Monroe Street, Troy, Missouri 63379. Online condolences may be made at www.kemperkeimfamilyfuneralchapel.com Phone 636-528-8221

Shirley Mae Howrey, 69, of Troy, Missouri, passed away on Friday, April 15, 2022 in Troy, Missouri. She was born on April 7, 1953 in Potosi, Missouri a daughter of Joseph Samuel and Virginia Alice (Gowin) Holley. She was united in marriage... View Obituary & Service Information

The family of Shirley Mae Howrey created this Life Tributes page to make it easy to share your memories.

Shirley Mae Howrey, 69, of Troy, Missouri, passed away on Friday,...

Send flowers to the Howrey family.