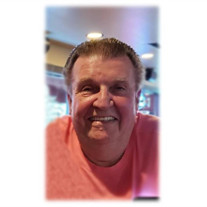 Thomas “Tom” Wayne Castor, 72, of Troy, Missouri, passed away on Friday, October 11, 2019 at his residence in Troy, Missouri. He was born on September 4, 1947 in Downey, California, a son of the late Thomas Wayne and Mary Ann (Epma). Tom was united in marriage with the love of his life, Cheryl “Toni” Vierra on March 31, 1980 in Anaheim, California. Tom was a realtor for over 30 years in Lincoln County. Tom and Toni owned and operated Swift Appraisals for many years and recently Double T Realty in Troy. He was a member of Troy Area Chamber of Commerce, served as a Board of Director for Habitat for Humanity and a member of the Lincoln County Fair Board, where he served as the 1993 Chairman. He enjoyed golfing, fishing, traveling and camping. Tom was a loving, caring, sincere, generous man. Tom is survived by his wife Toni Castor of Troy, MO; three sons and two daughters: Donald Castor and wife Laura of Georgia, Michael Allman and wife Tisha of California, Jeffrey Allman of California, Linda Acuna of Georgia and Tami Knight and husband Steve of California; ten grandchildren, nieces, nephews, cousins and many, many friends. He was preceded in death by his parents Thomas and Mary Ann and one brother, Terry Castor. As per Tom’s wishes services will be held at a later date. In lieu of flowers expressions of sympathy may be made to the Samaritan’s Purse-Operation Christmas Child in care of KEMPER-MILLARD-KEIM Family Funeral Chapel, P.O. Box 222 Troy, MO 63379. Arrangements are under the direction of KEMPER-MILLARD-KEIM Family Funeral Chapel; 351 Monroe Street, Troy, MO 63379. Online condolences may be made at www.kempermillardkeimfamilychapels.com Ph.(636) 528-8221

The family of Thomas "Tom" Wayne Castor created this Life Tributes page to make it easy to share your memories.

Send flowers to the Castor family.