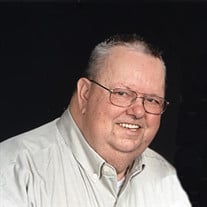 Wayne Alan Graeler, 77, of Foristell, passed away on Wednesday, March 8, 2017 at SSM St. Joseph Hospital West in Lake St. Louis, Missouri. He was born on January 7, 1940 in St. Louis, Missouri, a son of the late Robert Ernst Phillip and Viola Helen (Portman) Graeler. Wayne was united in marriage to Dorothy Faye Roberts on June 17, 1961 in Creve Coeur, Missouri and to this union they were blessed with four children. Wayne graduated from Ritenour High School in 1958. He retired from McDonnell Douglas as a commercial painter, after 35 years of dedication. Wayne liked the outdoors including fishing and hunting. He also enjoyed photography, dog training and collecting knives. Wayne was a member of the First Christian Church of Troy. Wayne is survived by his loving wife of 55 years, Dorothy Faye Graeler of Foristell; their children: Helen Bowen (Carl) of Foristell, John Graeler (Connie) of Foristell, Annette Walton (Michael) of Moscow Mills and Brian Graeler of Hannibal; two siblings: Robert Graeler (Sharon) of Troy and Jeannine Hohman of Troy, grandchildren, great-grandchildren, nieces, nephews and friends. He was preceded in death by his parents; one son-in-law, Douglas Brinkmann and one brother-in-law, William Hohman. Family and friends will be received from 1:00 p.m. to 3:00 p.m. on Saturday, March 11, 2017 at the First Christian Church located at 1302 Boone Street Troy, MO 63379. Funeral service will be held at 3:00 p.m. on Saturday at the First Christian Church. Expressions of sympathy may be made to First Christian Church of Troy in care of KEMPER-MILLARD-KEIM Family Funeral Chapel, P.O. Box 222 Troy, MO 63379. Arrangements are under the direction of KEMPER-MILLARD-KEIM Family Funeral Chapel; 351 Monroe Street Troy, MO 63379. Online condolences may be made at www.kempermillardkeimfamilyfuneralchapel.com Phone 636-528-8221

The family of Wayne A. Graeler created this Life Tributes page to make it easy to share your memories.

Wayne Alan Graeler, 77, of Foristell, passed away on Wednesday,...

Send flowers to the Graeler family.