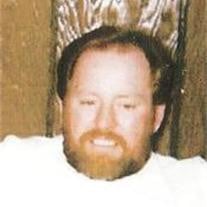 William Martin Brockett, 70 of Troy, Missouri and formerly of St. Louis, Missouri, passed away at 6:45 a.m., Tuesday, May 28, 2013 at the Lincoln County Nursing and Rehab Center in Troy, Missouri. The son of Robert and Eula (Townsend) Brockett, he was born February 16, 1943 at St. Louis, Missouri. He was married to Shirley Tomlin and to this union one daughter, Rhonda, was born. In 1970, he married Betty Glore, to whom he was married 27 years and to which union two children, Colleen and William were born. He is survived by: two daughters, Rhonda Tomlin-Haseker of South St. Louis, Missouri and Colleen M. Lee of Moscow Mills, Missouri; one son, William J. Brockett of Moscow Mills, Missouri; Six grandchildren, Ciara Brockett, Thomas Lee, Abbigaile Lee, Casey Lynn, Amanda Haseker and Cynthia Messamore; and a cousin, she was like a sister to him, Vivian Hamon and her husband, Bob of St. Peters, Missouri. Mr. Brockett grew up in St. Louis and graduated from Laboure High School. He served with the U. S. Navy, primarily on the USS Saratoga when it was deployed during the Cuban Missile Crisis. He worked for Boeing Corporation for a short time following his service time. He was a self-employed carpenter most of his life, but had also worked as a hot tar roofer, a bartender and a barber. He enjoyed golfing for many years. He was a member of the Veterans of America. As were his wishes, cremation rites were accorded and services will be private. Inurnment will be in the Jefferson Barracks National Cemetery. Professional services have been entrusted to Kemper-Marsh-Millard Family Funeral Chapel; P.O. Box 222, Troy, MO 63379. Online condolences may be made at www.kempermarshmillardfamilychapels.com Ph.(636) 528-8221

William Martin Brockett, 70 of Troy, Missouri and formerly of St. Louis, Missouri, passed away at 6:45 a.m., Tuesday, May 28, 2013 at the Lincoln County Nursing and Rehab Center in Troy, Missouri. The son of Robert and Eula (Townsend)... View Obituary & Service Information

The family of William Brockett created this Life Tributes page to make it easy to share your memories.

William Martin Brockett, 70 of Troy, Missouri and formerly of...

Send flowers to the Brockett family.